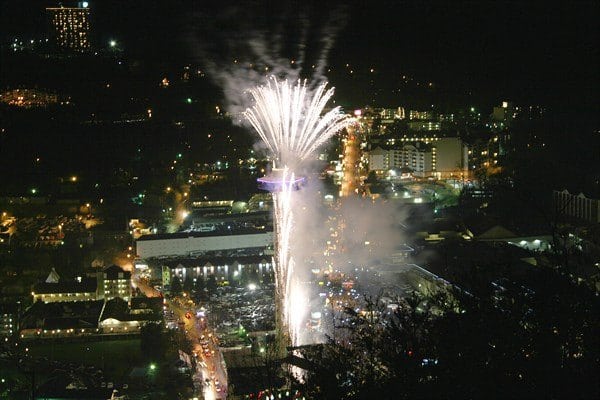 Gatlinburg, TN is known to have the “First July Fourth Parade in the Nation” with the annual Gatlinburg 4th of July Midnight Parade, which normally begins exactly at midnight when the clock ticks over to July 4th. It has been named by National Geographic Traveler Magazine as a “Top Ten Parade to see in the US”. This popular Gatlinburg parade has grown to be a favorite of visitors as well as locals for over four decades now!

This year’s festivities, however, will be a break from the norm as the City of Gatlinburg has decided to cancel the 2020 parade as a precaution for the safety of visitors and citizens. The big fireworks finale will still take place on July 4th at 11:00 p.m. at the Gatlinburg Space Needle. If you can see the Space Needle from where you will be, then you will have a great view of the fireworks!

The map below shows the location of the Gatlinburg Space Needle:

Wherever you decide to celebrate the 4th of July, we join you in honoring our nation and those who fight for it. If you or your family have served in our nation’s military or are currently serving, we give you our most sincere gratitude. Thank you!